From one medieval city to another, carrying and sharing modern ideas across Europe and beyond. Rome, the site of Sapienza (est. 1303), one of the oldest European universities, hosted the first international conference for young BL scholars in 2020. This year the BL conference takes us to another mecca of academics, Kraków, home for the Jagiellonian University (est. 1364) and current host for the 2nd International Conference for Young Researchers.

BEYOND LANGUAGE: a scholarly rendezvous

The time has come when young BL scholars supported by their mentors from across the globe gather for two days of intense discussion on the role of language, its function, power, and its heritage. This year we migrate from Rome, where the first BL Conference was held last year, to Kraków, whose Jagiellonian University hosts this year’s edition.

Due to the continuing global quarantine, this year’s gathering is yet again held in the virtual world, chaired by Prof. Piotr Chruszczewski and Prof. Izabela Gatkowska.

REPORTS from academic frontiers: The first day of this Beyond Language conference reflected the present state of world affairs that occupy our minds nowadays, the majority of reports tackling the role of language in politics, conveying the national memories, and the language’s impact in a broader sociolinguistic perspective:

LANGUAGE OF LITERATURE and beyond: BL scholars also research and explore the language of literature, cf.:

ABOUT THE BL CONFERENCE

BEYOND LANGUAGE is an international conference that aims at integrating international young researchers of language, literature, and culture — understood as pivotal social human behavioral patterns. Conference organizers wish to address, among other issues, the need of investigating minority speech communities, endangered and vanishing languages, literatures and cultures, small languages, pidgins and creoles, as well as narrowing down the scope of study of cultural practices performed by the means of language and studies through the scope of contact linguistics and anthropological linguistics.

BETWEEN TEXT AND CULTURE: wider context

Well-thought anthological connections may undoubtedly serve as convergence points that bring together scholars from different home countries but of similar academic experience. We want to give them space to share their expertise and debate over their research, thus expanding their horizons and helping advance their respective studies. Such is also the prevalent vision behind the Beyond Language series, a true florilegium of the academic thought on concepts extending well beyond language studies, from which the series originated and from where it grew out to encapsulate modern interdisciplinary approaches.

Language is a fascinating phenomenon which notoriously escapes investigators and their analyses. The more challenging and complex the issue is, the more interesting knowledge there is to gain and the more intricate mechanisms there are to be discovered. The Beyond Language series aims at a fresh perspective on “language-and-beyond”-oriented research. We strongly believe that in order to describe language, one has to think outside the box and virtually go beyond it. It is our hope that our readers can also be joining us in that endeavor. The forward searching nature of the series sends the masters and commanders of knowledge to seek out new frontiers. 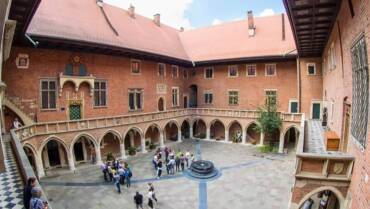