Feast as a Mirror of Social and Cultural Changes

Volume 6 of the Beyond Language series is a fascinating collection of essays from across Europe and beyond, an exploration of the FEAST and its varied connotations. What does the FEAST reflect — both with accuracy and distortion? What does that reflection reveal — both intentionally and unintentionally? All subject matter which, in this volume receives due scholarly attention.

The phenomenon of the FEAST […] provides exceptionally precious material for researching social and cultural changes, including the influence of urbanization on rural feasts. Therefore, it can be perceived as a mirror that reflects those changes. French historian Jacques Heers calls it “a mirror of civilization,” because it is always placed in the social context in which it “springs up and determines its vital shapes and colors” […].
The feast allows us to look, at the same time, at traditional and new elements of a particular culture that coexist next to each other or with each other. The changes in the feasts are “sensitive indexes” of the changes of values, ideas and ideologies, social and political structures, their functioning, and cultural creativity. […]
The proposed volume meets the growing interest in intercultural comparison of social changes, especially in festivities. It enriches the empirical basis of accounts on festivities in general because it contains detailed case studies—mostly based on the authors’ own field research—from European, Asian, and African countries.
(Bożena Gierek, “Introduction”)

By curating these texts into one volume, the editors paint a captivating image of cultural identities as manifested in the Buryat ethnofestivals of Geseriada on the banks of the Angara, the Altargana on the plains near Dadal, and the Night of Yokhor in its varied dance locales (Nowicka, pp. 19‒34); two Swiss carnivals, the Brandons de Payerne contrasted with the Carnaval de Lausanne (Salsbrunn, pp. 35‒50); a Hungarian grape harvest in Bokros, near Csongrád (Mód, pp. 51‒60); and, finally, historical snapshots of Latvian, Russian, Polish, and Belarusian diaspora festivals in the Latvian city of Daugavpils (Romanovska, pp. 61‒75).

Cultural values are mirrored in the funeral rituals of the Jopadhola ethnic group of Eastern Uganda (Umeya, pp. 79‒98); in the complex culinary rituals at the old pagan Trans-Kama Udmurt feasts (Minniyakhmetova, pp. 99‒115); in the historical evolution of the magical and mythological Lajkonik Parade in Kraków, Poland (Gierek, pp. 116‒136); and in the ancient Celtic Assembly of Uisneach worship rituals juxtaposed with the modern Fire Festival of Bealtaine gathered around the Catstone boulder on the hill of Uisneah, Ireland (Armao, pp. 137‒159).

Naturally, ethnic feasts sometimes become a platform for political agenda, a mechanism aptly illustrated by the evolution of Eid ul-Adha, the Muslim sacrifice feast around the Hindu communities of Bengal (Moroń, pp. 163‒177); and the transformation of New Year celebrations in Armenia and Latvia under the imposed Soviet rule and its later withdrawal (Simyan and Kačāne, pp. 178‒199).

The anthropologist Néstor García Canclini wrote of what he called “folk or traditional cultural facts,” that today they are “the multidetermined product of actors that are popular and hegemonic, peasant and urban, local, national, and transnational” (Hybrid Cultures 1995: 157). This applies very much to the subject of this book. The notion of festival has moved on from the restrictive notions of tradition or authenticity; it is now understood as being “multidetermined,” with actors that may include – as exemplified by the chapters in this collection – municipal authorities, business and tourist interests, the mass media, cultural and political activists, and so forth, along with “the people.”
(from the review by Diarmuid Ó Giolláin, University of Notre Dame, IN)

Cultural and social anthropologists, ethnologists, sociologists, but also – if not foremost – all who appreciate ethnic cultures will find this window to other cultures of utmost interest.

The Beyond Language (BL) series originated in one of the most cosmopolitan cities of Poland, Wrocław, and extended far beyond, to the United States and the global world. Our authors, researchers and scholars in every discipline are grounded with one foot in centuries of world class contributions and the other in cutting edge research and innovation. 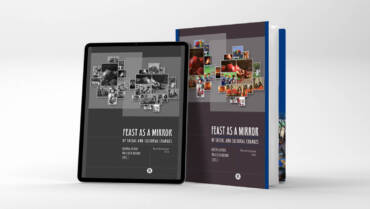