We welcome 2020 with the fifth volume in the Beyond Language series. Two imminent scholars invited their colleagues from the global community to join their efforts in commemorating a titan of English studies in Europe, the late Jacek Fisiak.

Our newest addition to the BL series speaks volumes about one of the powerful Polish linguists who laid the foundations to the studies of English language, history, and culture in Europe, both in terms of intellectual legacy (15 pages in this very book barely encapsulate his life output measured at the H-index = 27), mentorship (with scores of MA and doctoral mentees), and managerial acumen (as a director, rector, and minister):

The late Jacek Fisiak was a teacher to many, mentor to a good few, a man of many talents. Reflected in this collection is the wide array of his academic interests. Mostly Medieval… provides chapters on Old and Middle English literature and language, historical linguistics, breaching history in modern times, and modern contrastive and translation studies.
Six personal memoirs speak to Professor Fisiak’s personality, which left its mark on those who survive him and which envelops them in this peculiar “presence of an absence” (Liliana Sikorska).

Professor Jacek Fisiak knew the answers to myriad questions not only due to his acute intelligence, phenomenal memory, and comprehensive knowledge, but also because he was blessed with a gift of rare intuition. If you lack it, you need to study textbooks, diplomatic protocols, or savoir vivre; if you possess it, they may say you have class. Yes, the Professor had class. Was it an inborn feature? Perhaps so! After all, having been born with a caul, this peculiar caput galeatum ‘head helmet,’ Jacek Fisiak was one of the brilliant fortunate few from the very moment of his birth.
(Katarzyna Dziubalska-Kołaczyk)

The Beyond Language (BL) series originated in one of the most cosmopolitan cities of Poland, Wrocław, and extended far beyond, to the United States and the global world. Our authors, researchers and scholars in every discipline are grounded with one foot in centuries of world class contributions and the other in cutting edge research and innovation. 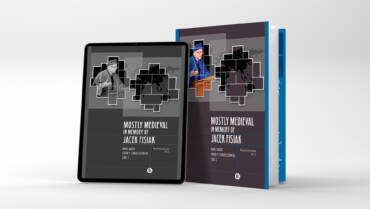